SFB 985 Ph.D. students Nabanita Hazra and Dominik Braunmiller each won one of the best poster awards at the 35th Conference of the European Colloid and Interface Society (ECIS) 2021. The conference was held in Athens from the 5th to the 10th September 21 and was aimed at researchers from the interdisciplinary field of colloid and interface science.

Nabanita is working on SFB 985 project C7N and investigates microgel assembly at different interfaces as air-water, GUVs (giant unilamellar vesicles). In this study, they explored the spontaneous capillary-driven interfacial self-assembly of composite prolate shaped (different aspect ratio) microgels at air-water interface by using inverted fluorescence microscopy. Comparing with spherical particle (ρ=1) with a small assembly having weak capillary forces to an apparently random trigonal assembly for ρ=2.1 to highly elongated particle (ρ=8.8) with a side-to-side assembly into long chains transition is observed. The transition occurs between ρ=2.6 and 3.3 for which a trigonal and trigonal/side to side coexistence assembly are respectively identified and investigated the influence of the composite microgel softness and anisotropy on the assembly. 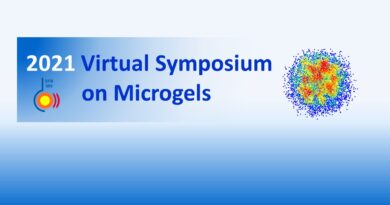 SFB 985 organizes the next virtual symposium on microgels 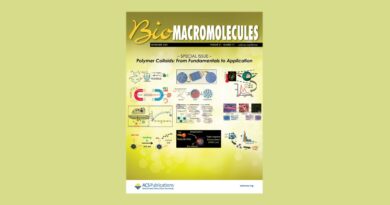 SFB 985 on the cover of Biomacromolecules 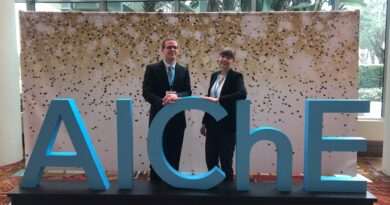