Arborescent (dendrigraft) polymers are the class of dendritic molecules of high molecular weight. Similarly to dendrimers and in contrast to hyperbranched molecules, the arborescent polymers can be obtained with a rather well-defined molecular structure – their initial building blocks are pretty monodisperse linear chains, which are successively grafted onto the polymeric substrate by generation-based scheme. The number of grafts and their chemical composition in each generation can be varied and thus the highly branched copolymers can be achieved.

From the topological point of view, such macromolecular objects of higher can be considered as the intermediate type between comb-like polymers and microgels: while the distribution of the branching points (cross-links) in those cases are one- and three-dimensional respectively the arborescent molecules will rather have a 2D distribution. Therefore, depending on the generation, arborescent polymers can inherit both the properties of polymer chains and soft colloidal objects, so such feature can be used in a various contemporary applications. Using the dissipative particle dynamics simulation technique (DPD) we studied the amphiphilic arborescent copolymers and microgels in selective solvent and at liquid interface. We found that depending on the primary structure, single arborescent macromolecules in selective solvent can have both core/corona and multicore structures, which will act as unimolecular micelles with very low aggregation ability. The adsorption of the single molecules at liquid (oil/water) interface leads to their flattening and segregation of the amphiphilic blocks, while the self-assembly of molecules at the interface can lead to the formation of both loose and dense monolayers, which can be homogeneous and nanostructured. In general, we have demonstrated the arborescent copolymers efficacy both in targeting drug delivery and the emulsion stabilization. 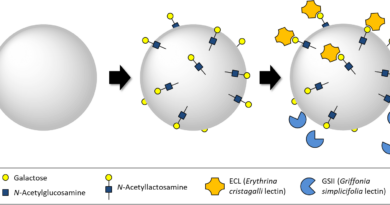 Glycan-functionalized microgels for scavenging and specific binding of lectins 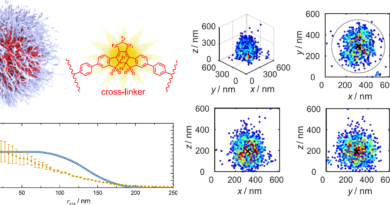